Getting back into a routine!

It really has taken me longer than I thought to get back to a normal routine after Christmas and New Year's celebrations.  I think I am finally there, and have the energy to write something semi-intelligent!  Here is a neat piece that I did for Bev, that was she wanted to keep a surprise until Christmas. 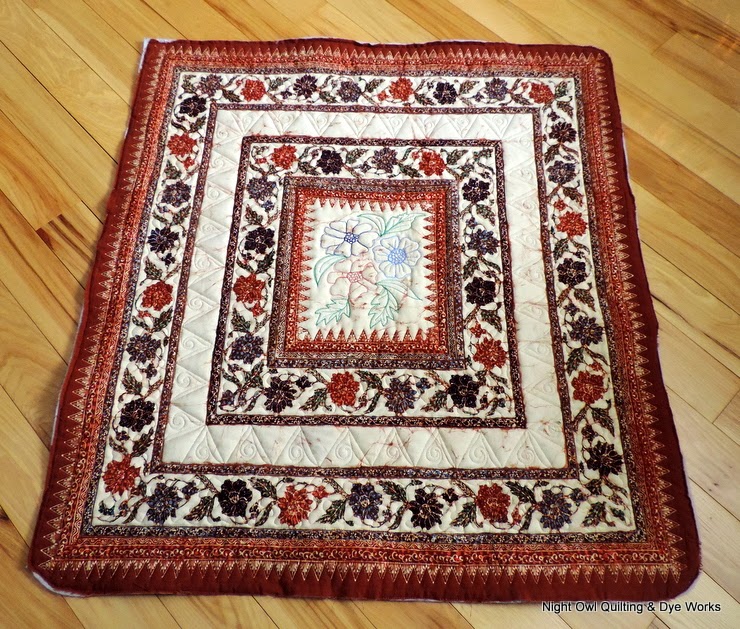 This panel is a handmade batik that was brought back from overseas.  (It was originally meant to be a pillow cover as it had a back and a zipper.)  Bev's daughter loved it, but hoped it could be a table topper instead.  The only obstacle was that Bev's daughter has a round table and this panel is rectangular.  Bev thought about trying to cut into it and remake it to suit her daughters table, but with the handmade nature of the panel and its irregularities, the best decision seemed to be to leave it rectangular and make it into a wall hanging instead. 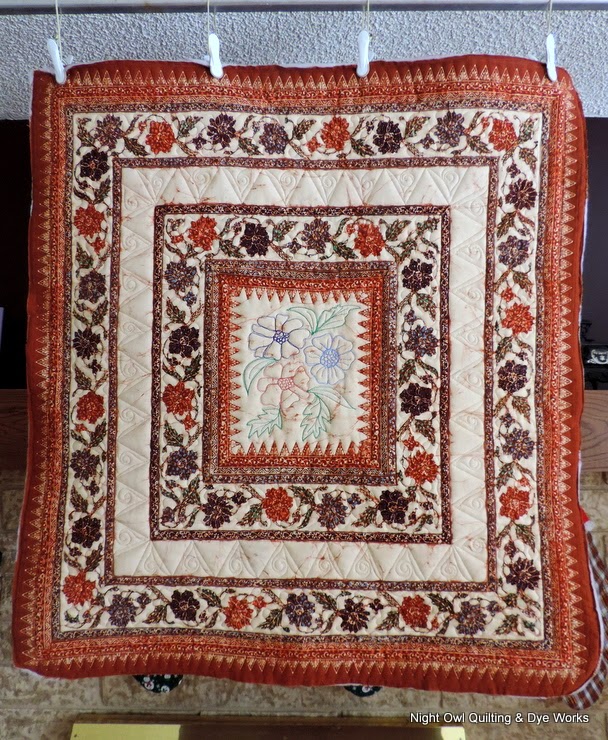 With the decision to make it a wall hanging we decided that adding something special in to open centre panel would be a good idea.  I had quilted some flowers on Bev's Cactus Star wallhanging that matched the flowers in the fabric and we decided to do the same here.  I played on the computer and cut and pasted images from the fabric into something I thought was pleasing.  I am not an artist, so trusting my self to draw without a reference in not in the plan.  You can see my reference and my chalk reference lines below. 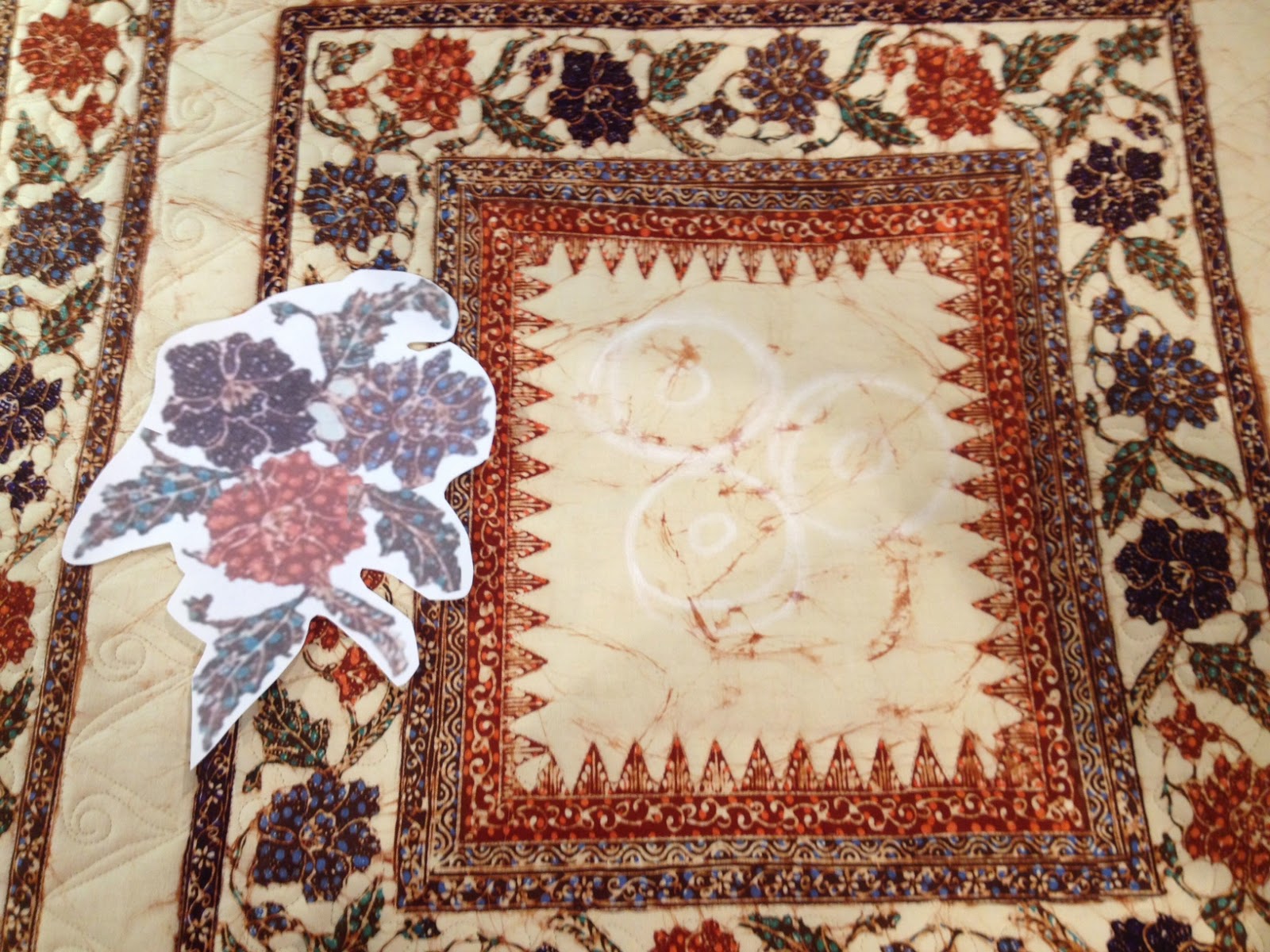 I used a few colors of thread and did a little thread painting.  It always looks a little scary with just one stitching line, but as you go over it three or four times it starts to come together. 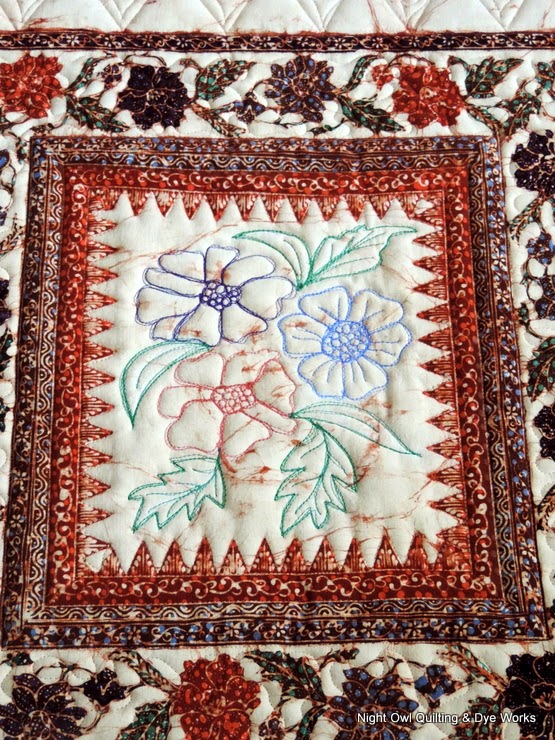 With the rest of the quilting I just wanted to bring out the beauty of the batik.  The top and bottom sides of the borders were different widths than the side ones, so I had to choose my designs with that in mind. 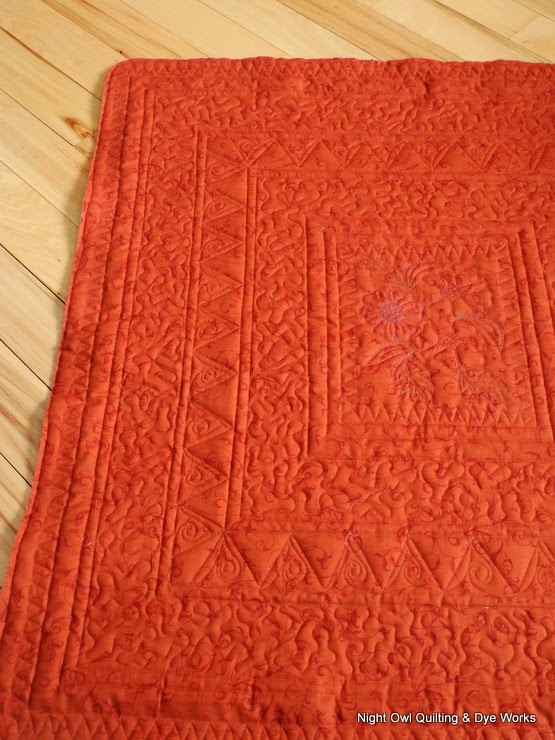 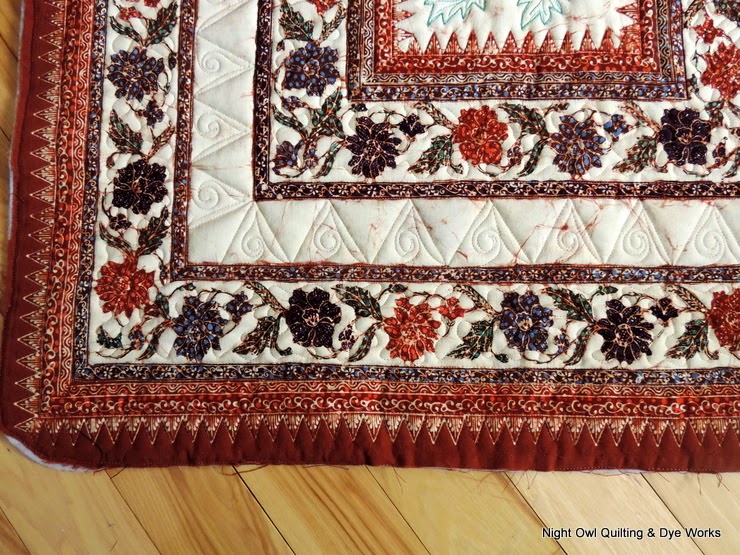 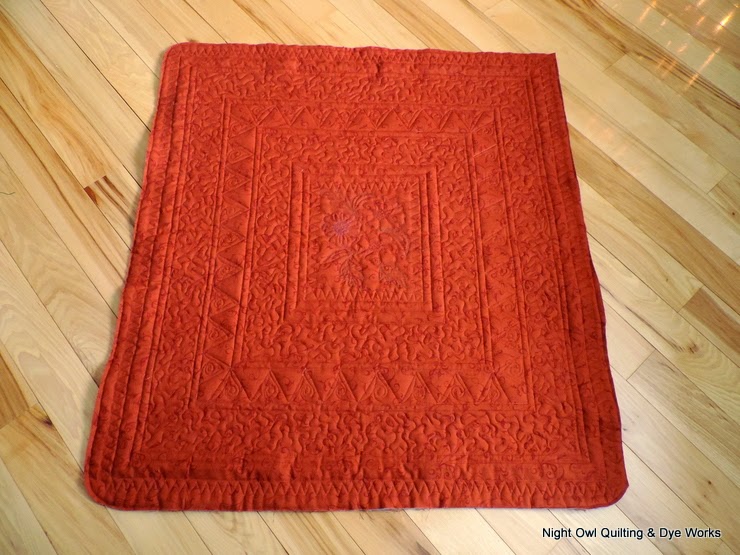 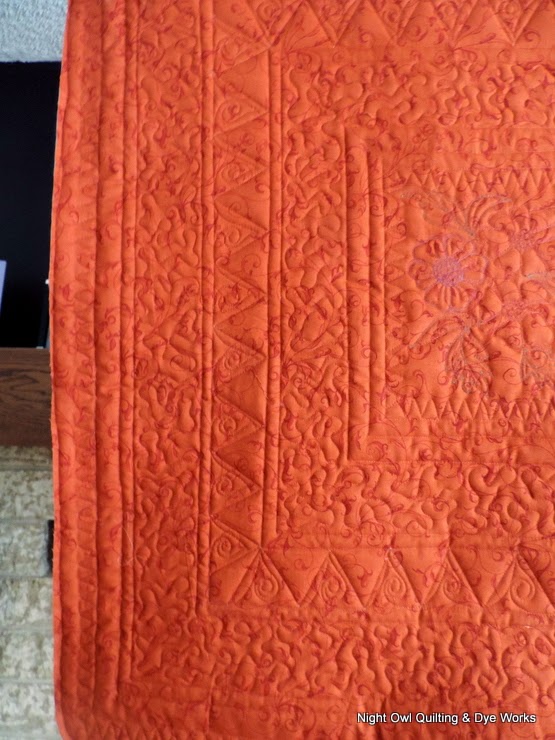