Oops - I bought another Featherweight... I apparently have officially joined the featherweight addicts club.  Before I owned one I didn't understand why people seemed to amass a collection, but there is just something about them that draws you in!  This machine was made in 1964 in Scotland.  It arrived with all the parts described in the owner's manual. 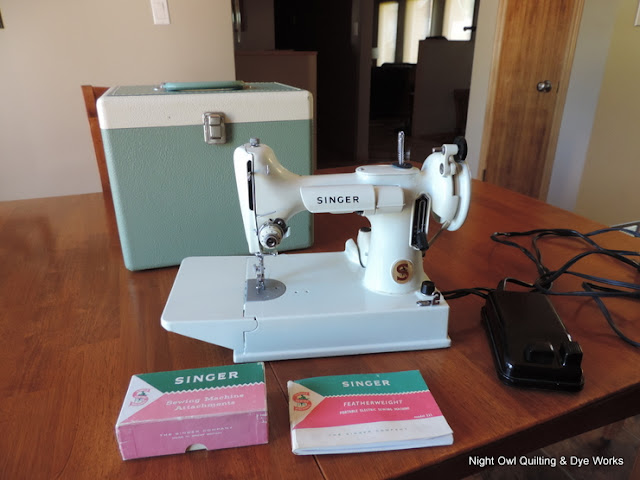 I found this little cutie for sale online in Nova Scotia.  The price was right for me to take a gamble on it while just seeing a few photos.  I had a good feeling about the sellers and they were willing to ship it.  The first questions that came up was how would I pay for it?  My friend Gail had a genius idea when she bought hers.  She asked the seller to send it C.O.D. through Canada Post.  There is a $7.25 fee for this service, but well worth it for the decreased risk for both buyer and seller. I know Canada Post gets a bad rap sometimes, but I couldn't have been happier. The shipping from Nova Scotia to Manitoba including C.O.D. was $40.72 and it arrived ahead of schedule. 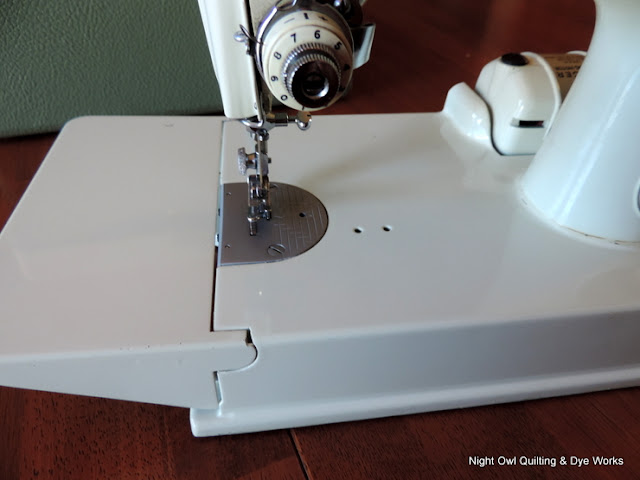 The machine is in very good condition and the case didn't have any odour.  It hardly needed any cleaning, just a good dose of oil as it was dry as a bone.  Her stitch quality is perfect.  The bobbin winds slow at the moment but I think that can be fixed with a little tweaking of the belt. Here are the two featherweights together.  The black one is a 1952 (you can learn more about her here) and the white a 1964 and  there are a surprising number of differences in how they are constructed. The black machine came with many more feet as standard parts, where they are listed as optional accessories for the white machine. I believe Singer was trying to find some cost saving options to keep the machines affordable and made lots of design changes as well. 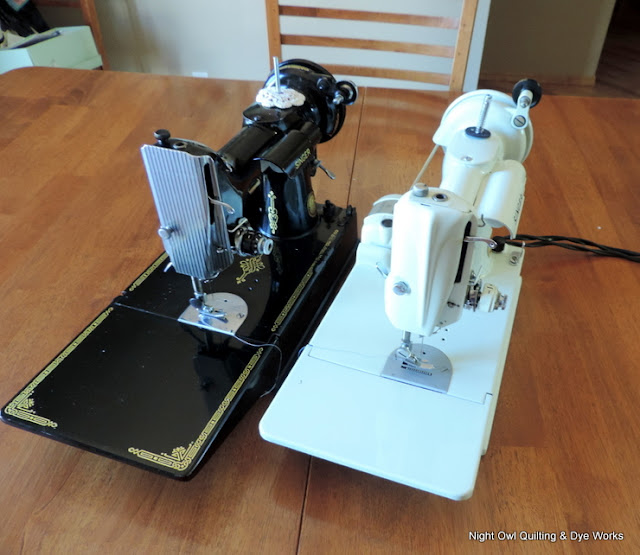 The length of the folding bed is significantly smaller on the white machine.  The side of the machine head definitely resembles more modern machines on the white.  I find the face plate and decals of the black machine more charming.  The white machine are sought after by some because there many, many fewer made. 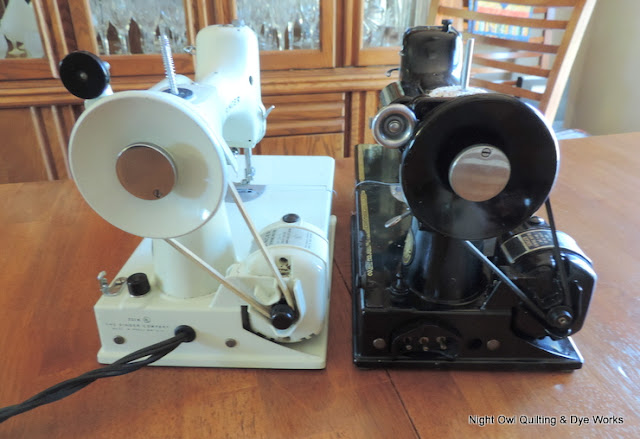 The spool pin has a spring on the white to help hold the spool in place, and the cord is hard wired instead of being removable with  a plug on the black.  Internally the white has a belt drive and the black is gear driven.  The black one has a metal bottom with a removable felt drip pad, and the white one simply has a piece of Masonite board. 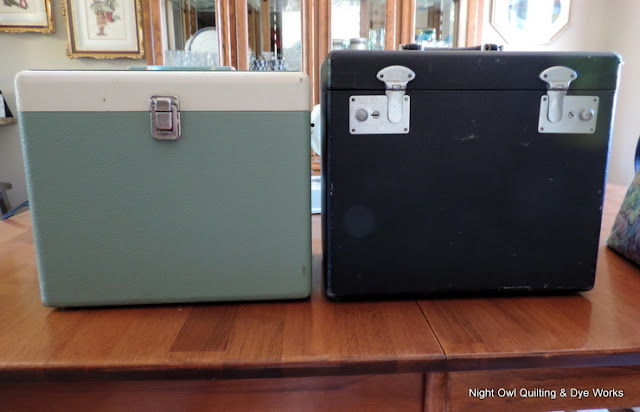 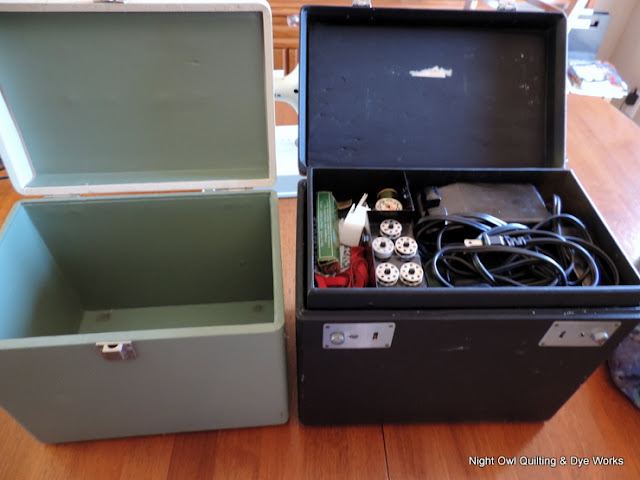 I made this carrying case for my first machine as I was concerned about the age of the handle as I knew I planned to travel with the machine a couple of times a month.  The green case is smaller so fits in it easily and is a necessity for travel. 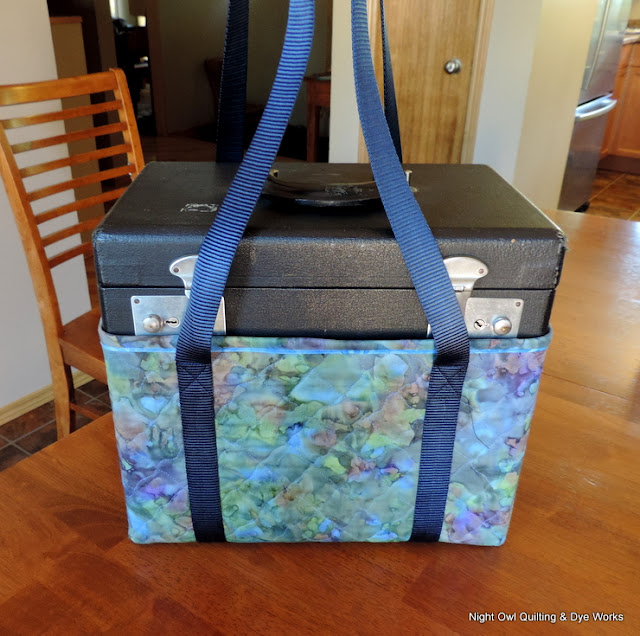 I put a strap all across the bottom of the carrying case for strength and made the straps long enough to carry on my shoulder. 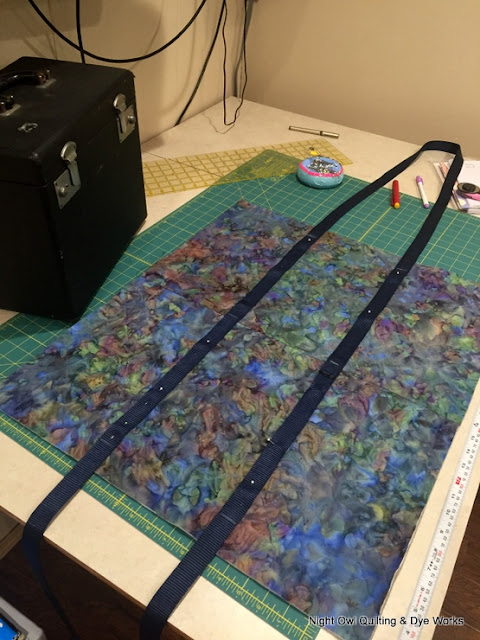