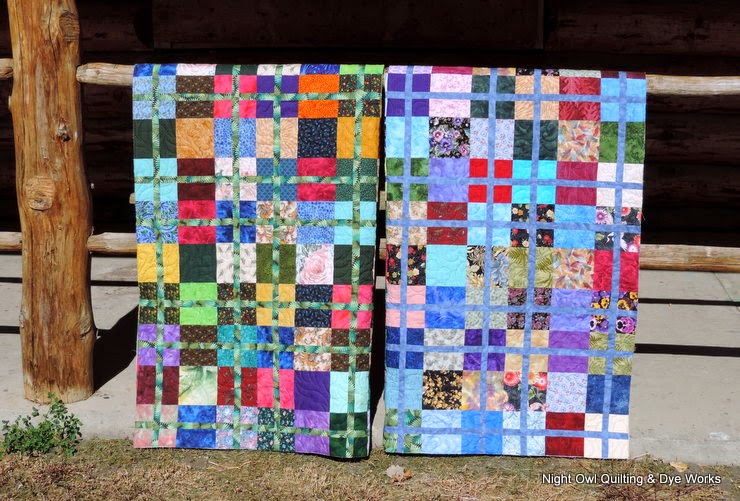 The are the second and third quilts in the series Ina is making for her local care home. When we were talking about these quilts, she asked how much extra backing fabric I needed as her one wide backing was really close to being enough for both quilts. She hadn't cut it yet, so we decided to leave the backing in one piece and I was able to do both quilts on a single piece of backing fabric.

Here you can see that I have finished the first quilt. 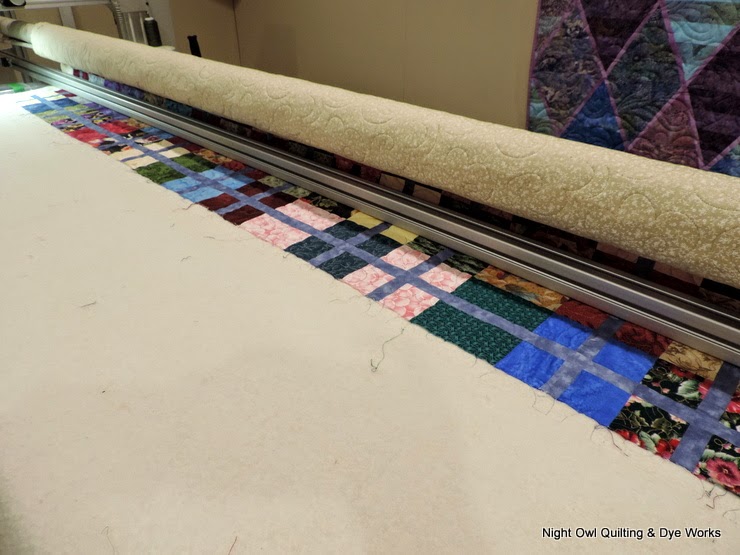 I left a little bit of space to allow the over stitching of my pantos, and loaded the second top.  After changing the thread color and the panto, I was off and running again. 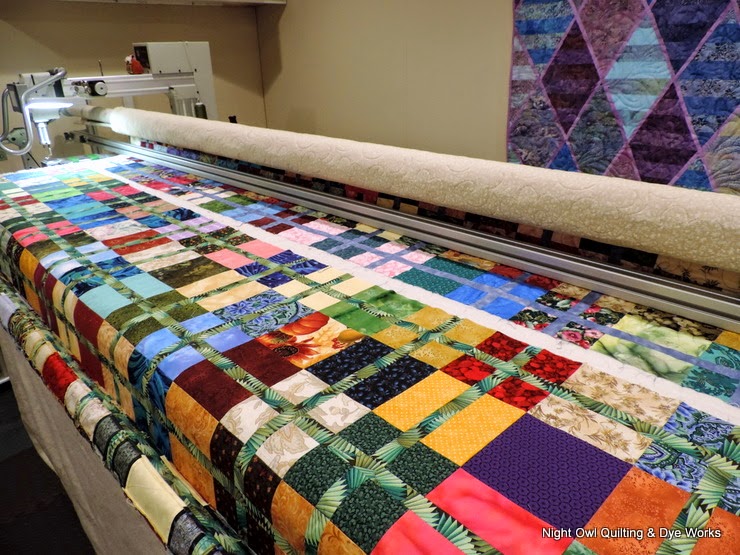 Good thing my measurements were accurate.  I usually like to to have a little more breathing room with the batting and backing at the end of the quilt, but it all worked out fine. 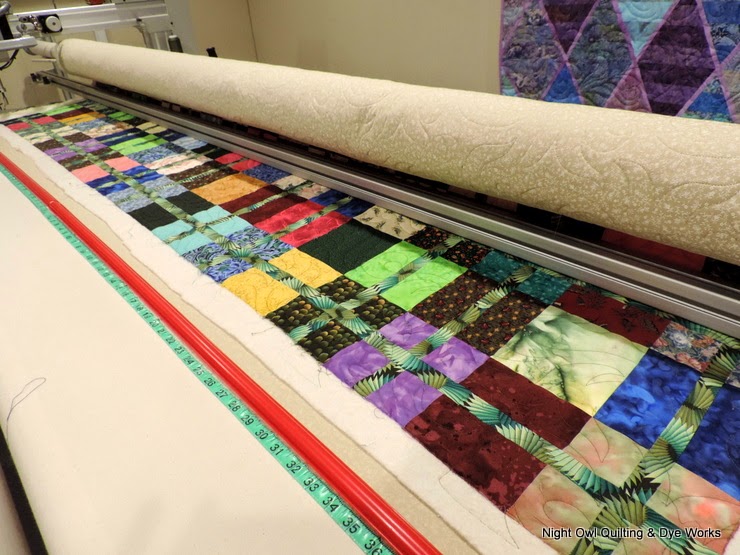 This top is very similar to the one I did last week, but it had the most amount of florals so we chose a more feminine panto - "Popcorn." 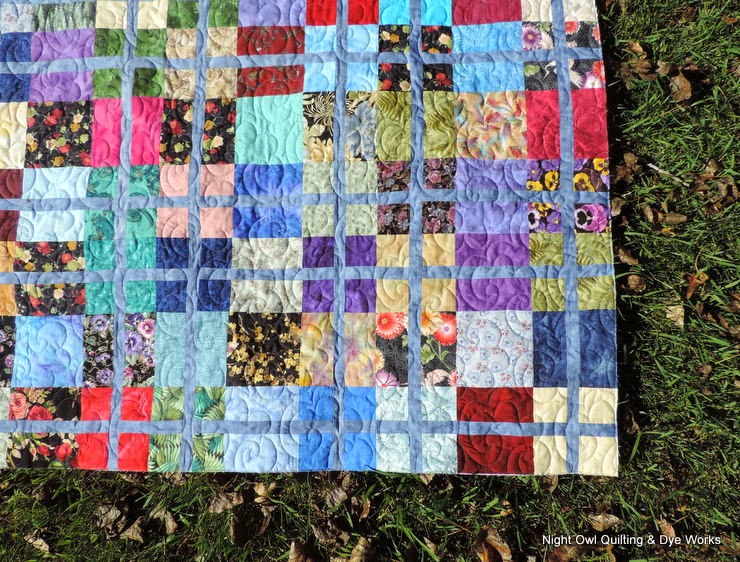 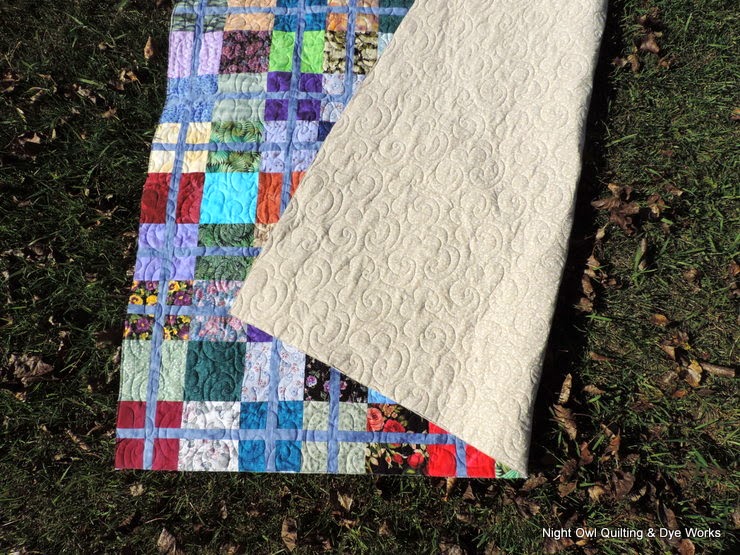 This one was Ina's favourite of the bunch and thought it might be for her husband, so we decided on the Mimosa panto that has a bit of a leafy texture with nice movement. 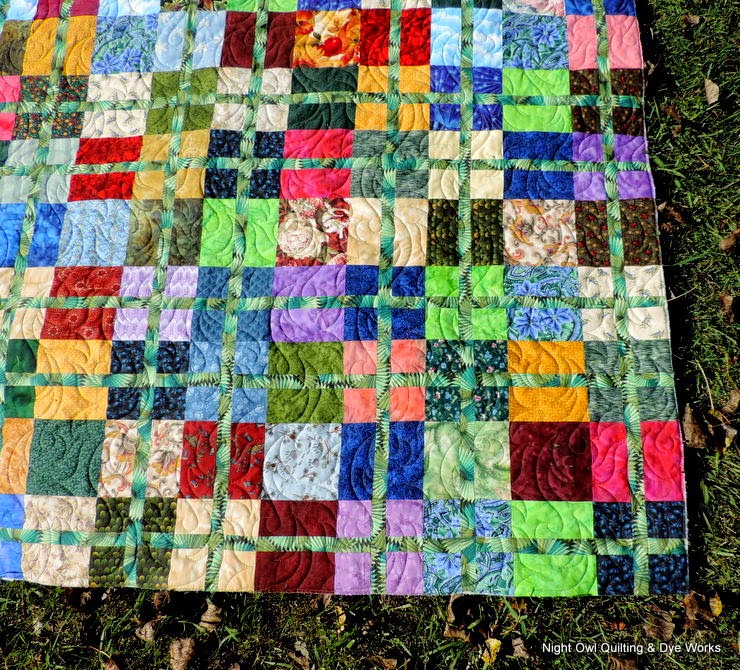 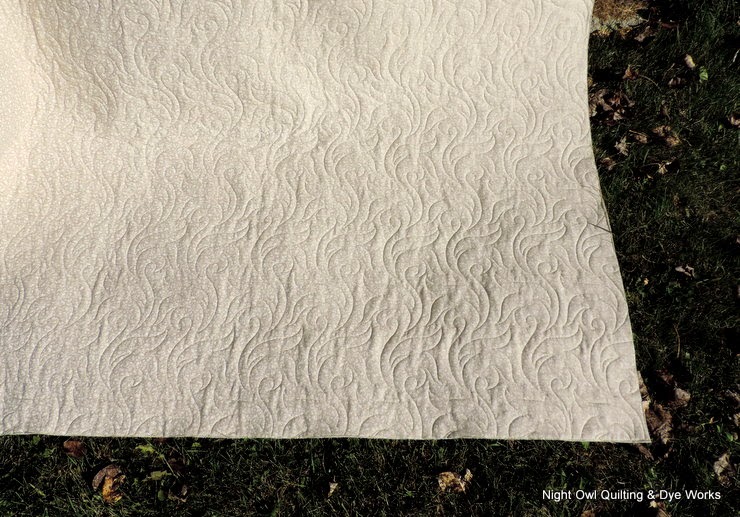 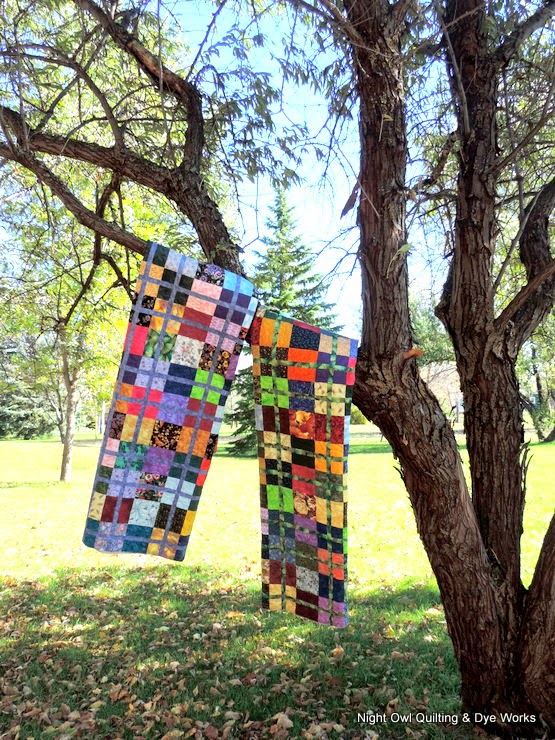