A Quilt for Dennis 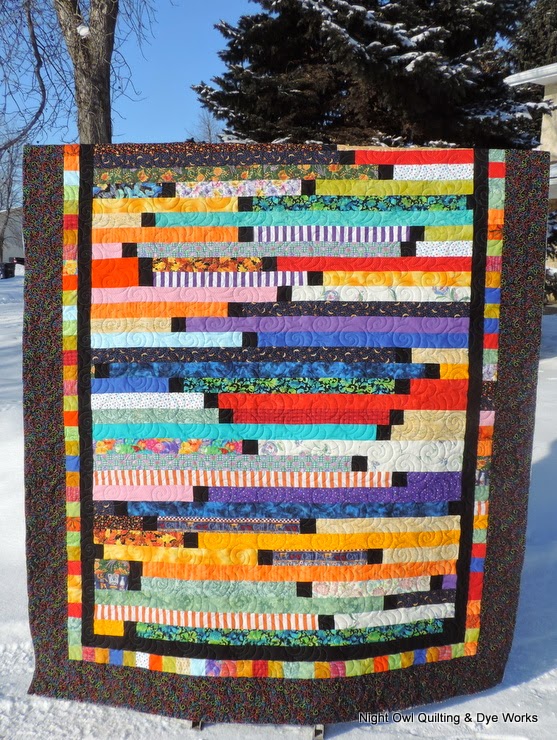 This cheerful quilt was made by Patrice as a surprise gift for her husband's upcoming birthday.  She said it was a bit of a challenge to work on without him being aware of it - until he broke his foot and could no longer make his way downstairs to her sewing area! 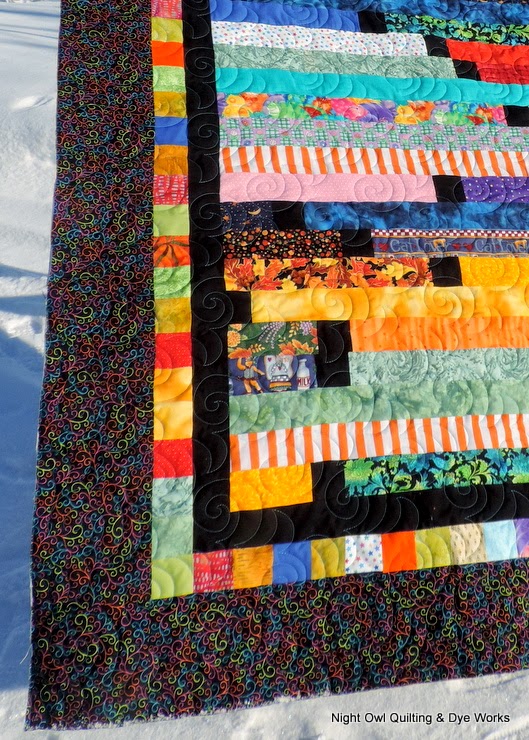 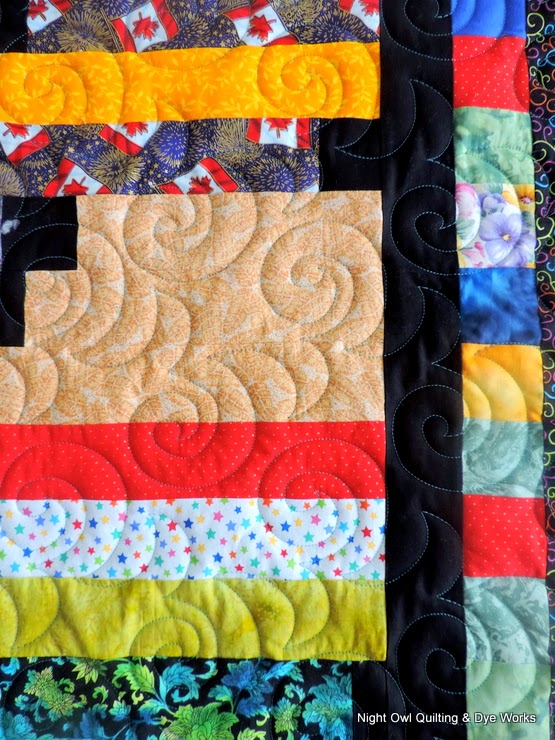 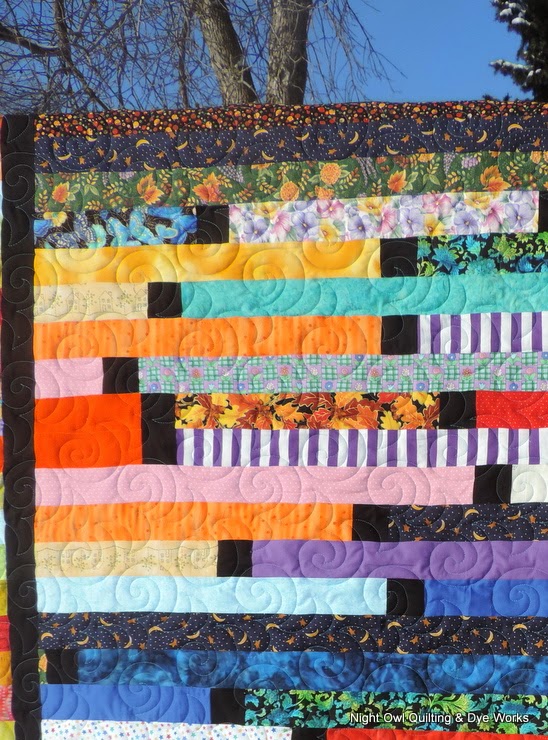 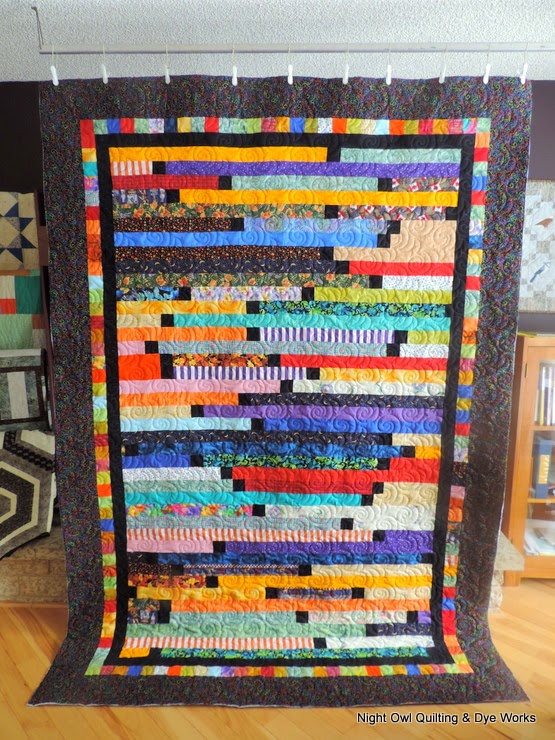 When this quilt arrived in the mail, I only knew that it was a 1600 quilt that Patrice had made from her scraps.  The bright colors surprised me a little as it isn't what you typically imagine when you know the quilt is a gift for a man.  Through my emails with Patrice I learned the entire story behind this quilt and she was happy to share Dennis' story here:


"This quilt has a happy/sad story to it for my husband.  Seven years ago he had leukemia and was really quite sick.  Ten months later he had a stem cell transplant that was successful in that he remains cancer free.  He was told a few times that every stem cell recipient gets a quilt made and donated by volunteers.  His month in the hospital came and went - and no quilt. We didn't ask about it.  Several times since over the years he has mentioned the quilt that he didn't get. This quilt is going to be that stem cell quilt.  I made this quilt in all these bright colours and patterns because I just want him to be happy every time he looks at it." 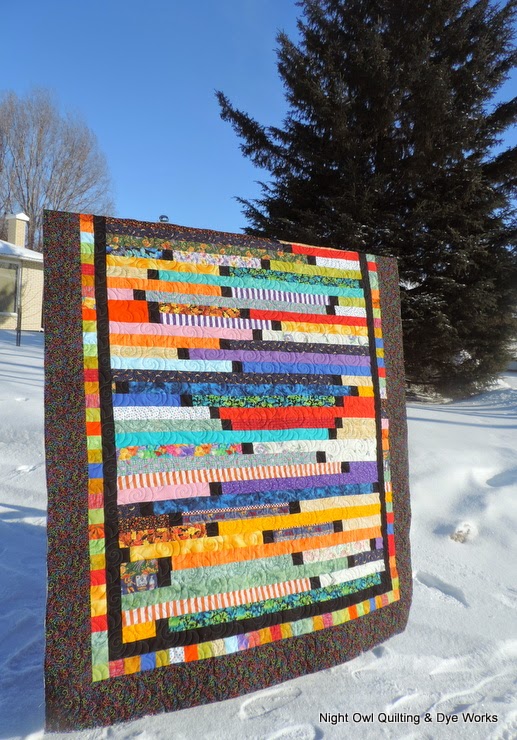 The perfect gift that is sure to be treasured for a very long time.  Job well done Patrice!