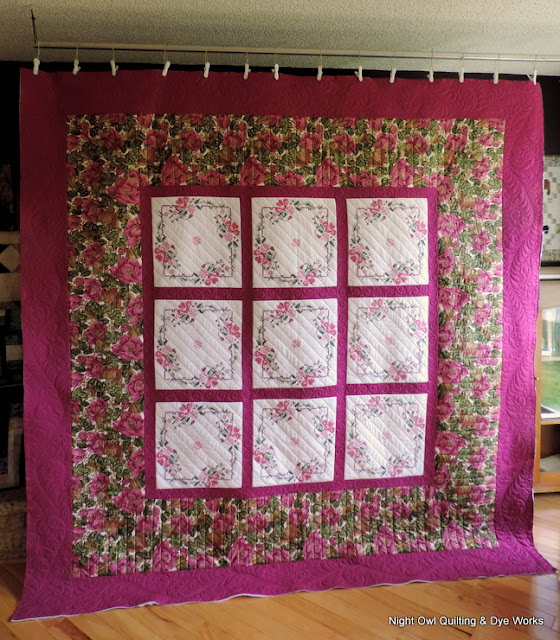 This unique quilt was made by Sandra.  Each of the blocks is cross stitched,  so when Sandra told me this quilt was many years in the making I could certainly understand why!  I wish I had gotten a better photo of the entire quilt, but it had a white backing so I wasn't going to risk taking it outdoors for photos, and our fall has had many a cloud covered day! 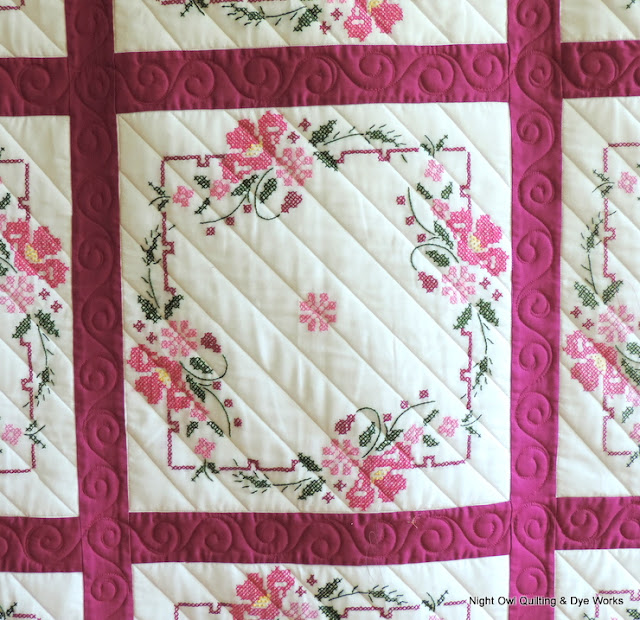 Sandra prefers a lighter rather than heavier amount of quilting, so the only place I went a little more intricate was on the solid outer border.  Our goal was not to overpower the fine detail of the cross stitch blocks.  I did simple swirl in the pink sashing with a matching color of So Fine thread, and piano keys in the wide floral border with a shiny gold Magnifico thread to match the metallic accents in the fabric. 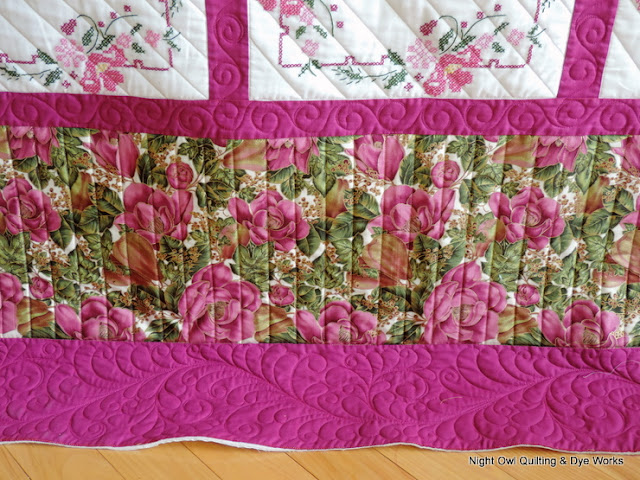 Deciding what to quilt in the cross stiched blocks themselves was the hardest part of the process.  I wanted to find something that would let the cross stitch shine, but also be enough quilting to keep the blocks from sagging and bagging. 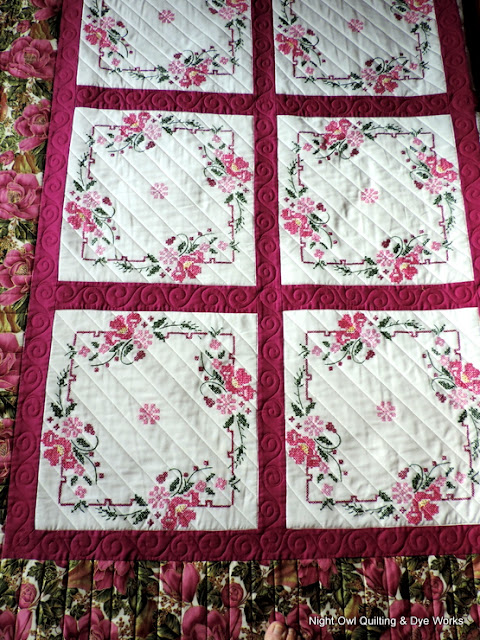 I used Superior's new Microquilter thread and stitched right over the hand stitches.  This thread is 100wt and very matte and it almost vanishes completely. 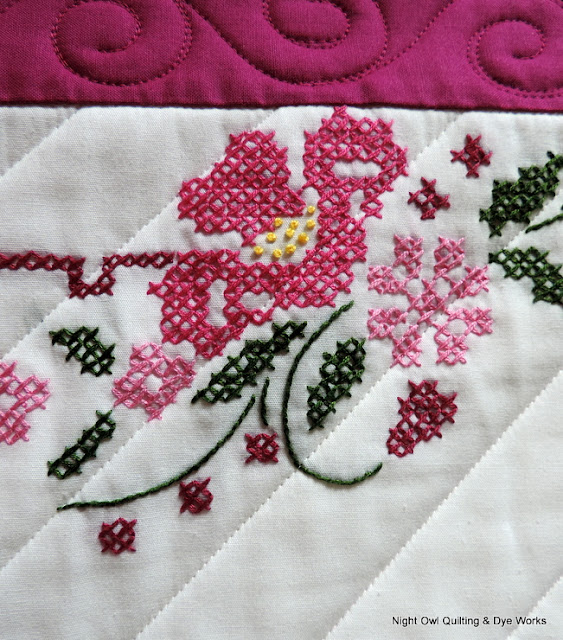 The border was a lot of fun to quilt!  With the outer border being solid the curling feathers show up really well and don't get lost.  I think they were the right finishing touch for this quilt. 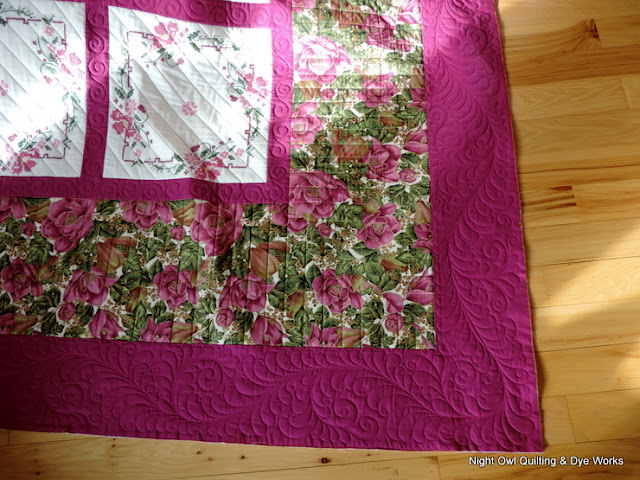 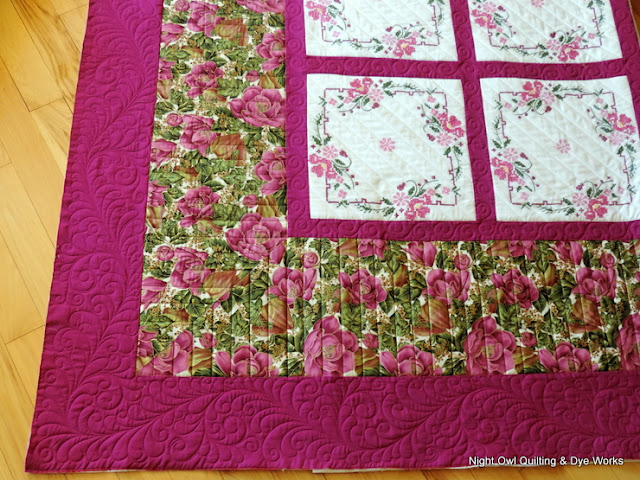