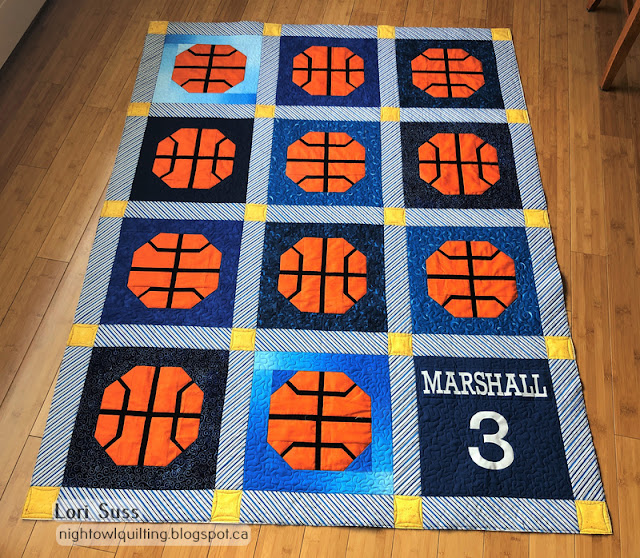 Get ready to see not one, not two, but three versions of this fabulous Slam Dunk quilt.  Reneta was sewing up a storm this winter with Cluck Cluck Sew's Slam Dunk pattern to make two graduation gifts and a special thank you gift for her youngest son's long time coach. 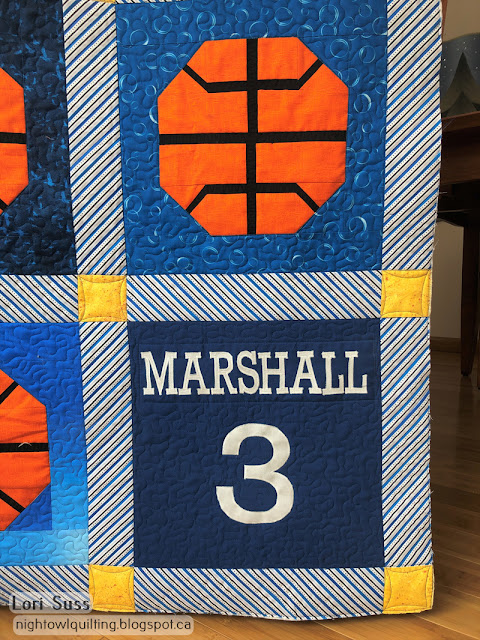 You will notice these photos were taken in the winter and early spring when I did the quilting, but I didn't share the photos until the gifts were given. 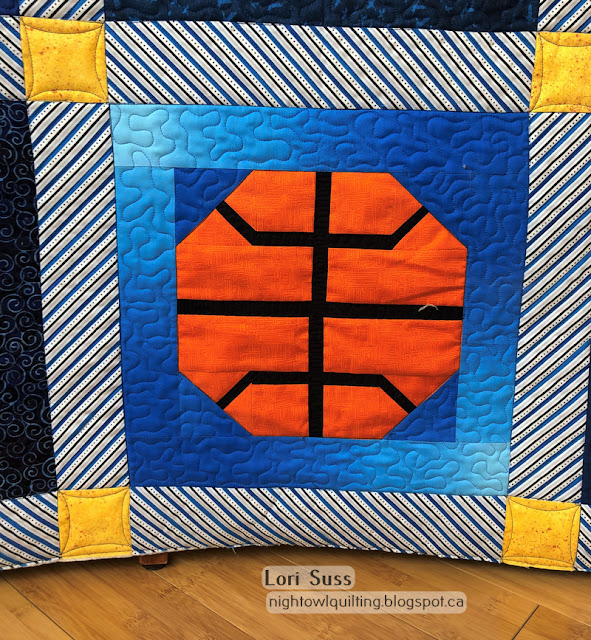 The first of the three received some light custom quilting.  I followed the fabric design in the sashing, added a background stipple behind the balls, and only stitched on the black lines on the ball itself to make the orange part puff up. 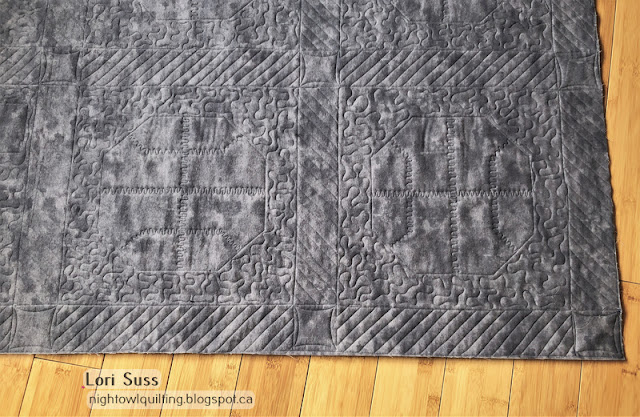 The second one got the Gatsby pantograph and Reneta loved it so much that she requested the same treatment on the third on which was for her son. 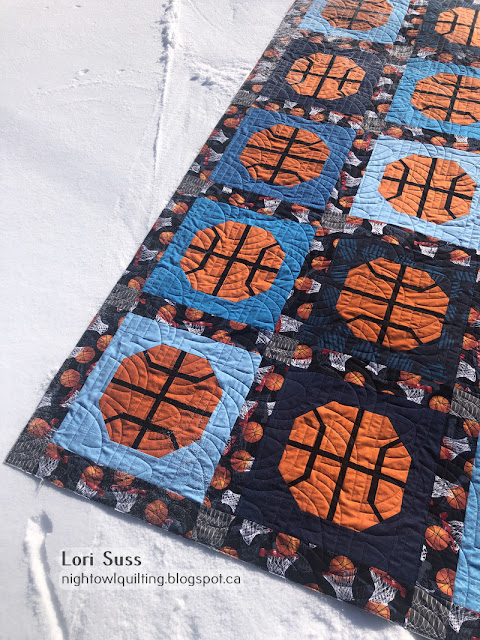 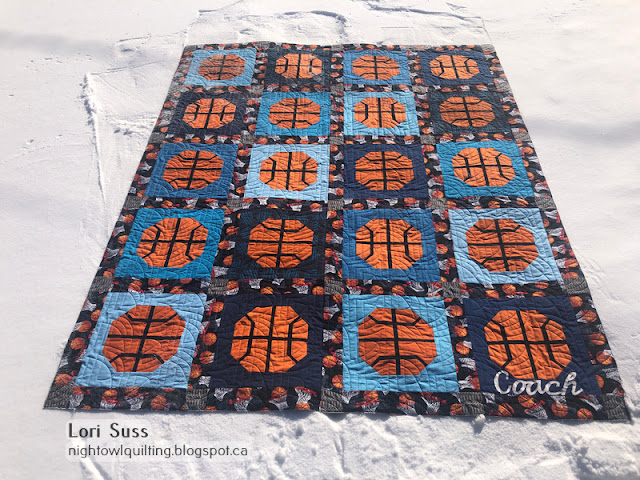 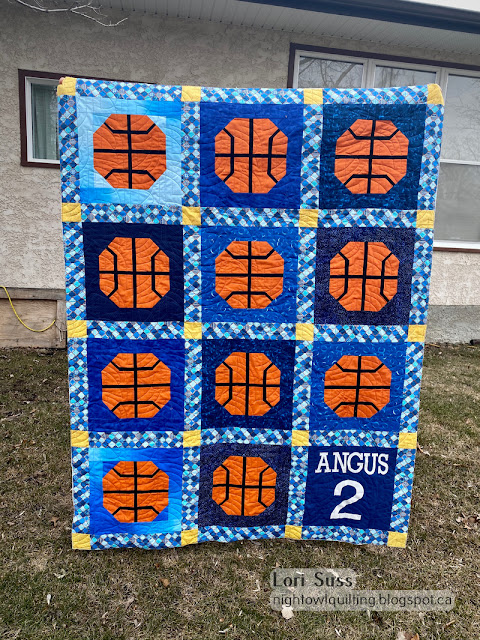 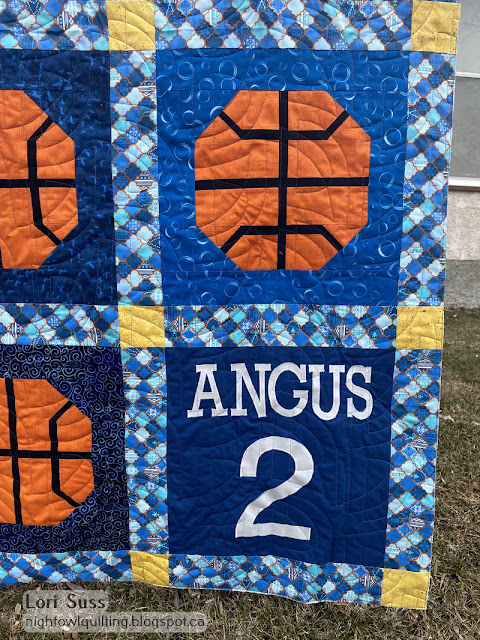 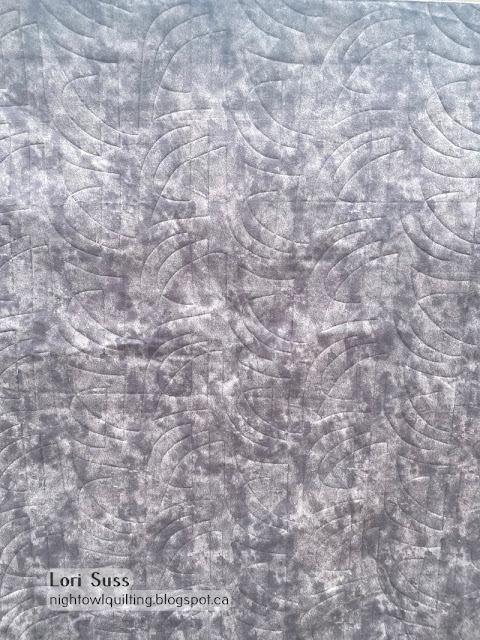