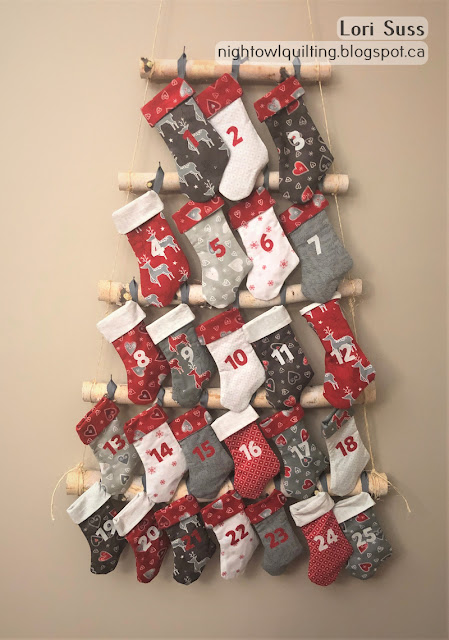 When my oldest daughter went away to University three years ago, I handled it fairly well.  Even though I missed her at our house, I was excited for the chapter of her life she was embarking on.  When it came time to put out our family advent calendar with little pockets that I filled with treats for my two daughters, I was really bothered that she wouldn't be around to share in the fun.  I decided I needed to do something else for the following year so that both my girls could enjoy our advent tradition even though in different cities.  I decided to make two sets of mini stockings that would be used as their new advent calendars. I was so pleased with the end result that I decided to write up a tutorial and include the necessary templates that you can download here. 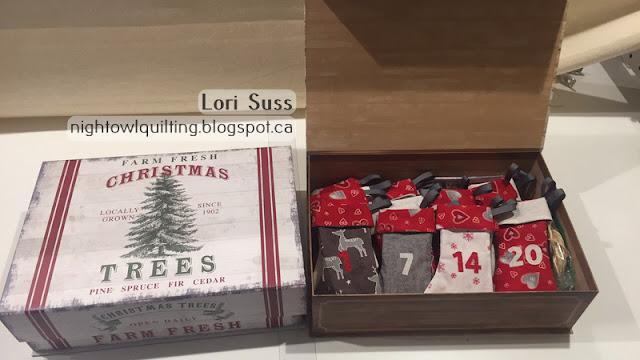 Last year the girls both received a box containing 25 stockings filled with treats and a note saying that if it was returned to mom, it would be filled again every year.  Along with twine and mini clothespins for hanging, there was another note saying that they could choose a more elaborate hanging set up of their choice and approach the parent with the appropriate skill set, depending on what they wanted.  Last year Kyla was in a small semi private dorm room so she kept her stocking in the box and retrieved her treat each day.  This year she is in her own apartment so she hung her set up with the twine and mini clothespins that were originally included. 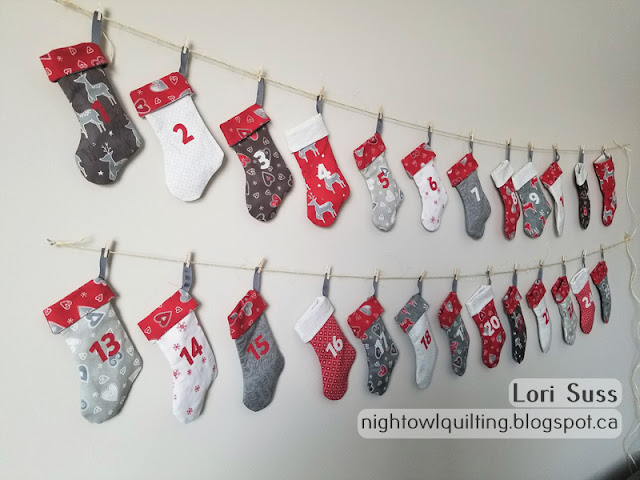 Kendra is still at home and requested what both girls thought my be really neat - a tree shape fashioned out of birch logs.... that was Nolan's territory so I was off the hook! 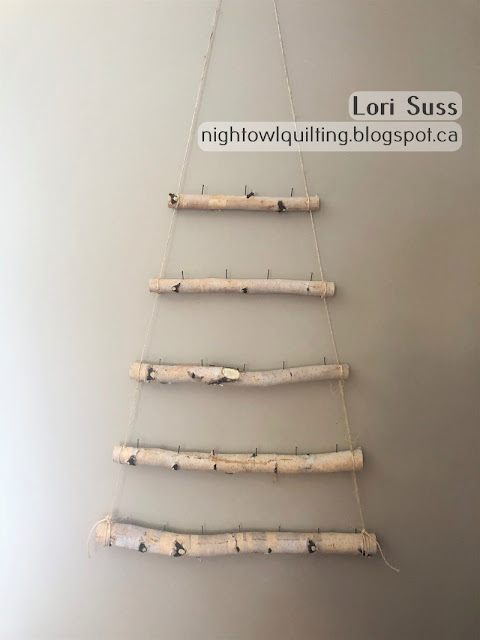 When coming up with a plan, I knew I wanted to create something that would be long lasting.   I designed the stockings to finish at about 7" in height.  For now they have room for extra treats like a hot chocolate pouch, mascara or lip gloss.  In the future they will have enough room for treats for their significant others and maybe even some future grand kids! 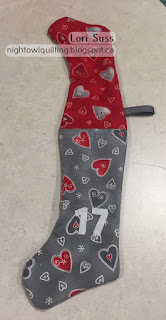 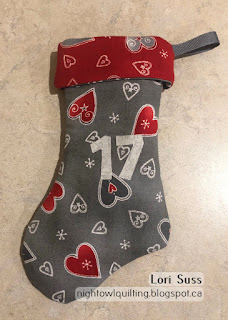 Above is just a peak at how they went together, I detail everything in the tutorial which you can always find on my Tutorials and Freebies page that you can see at the top of the blog. 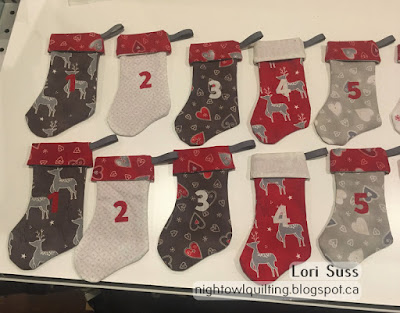 .  The fabric I used was a Moda collection from a few years ago that I didn't have a plan for, but couldn't leave in the store called "JOL."  Making two sets at once was a bit of an undertaking, but well worth it  The back of my Innova longarm proves to be an invaluable workshop again and again! 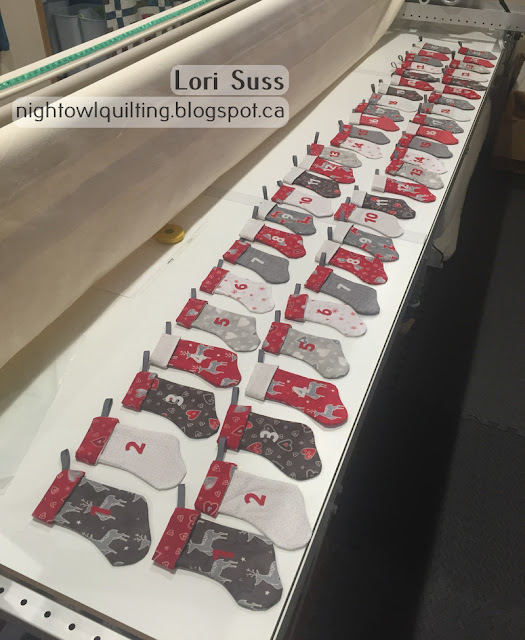